Signed by the editor on 1/2 title page to Pat Henry and Mary Anne O?Neil. Professor Mary Anne O?Neil first came to Whitman as a sabbatical replacement in the spring of 1977. For the past 32 years, she has taught in the Foreign Language Department, and this past semester volunteered to act as chair while taking on a special topics class on conversational Italian in addition to her regular course load. She has taught courses in French and Spanish as well as a range of courses in world and western literature. A member of many college committees, O?Neil served as Associate Dean of the Faculty, Chair of the Faculty and Chair of the Foreign Languages and Literatures Department, and was Core Coordinator for 2008-2009. The new Cushing Eells Professor of Philosophy and Literature, Patrick Henry, teaches French literature with the goal of giving students an understanding of that country's culture through the ages. Along the way he shares his expertise in literary genres of the 16th and 18th centuries and in such writers as Voltaire, Rousseau, and Montaigne. A member of the faculty since 1976, Henry earned his Ph.D. at Rice University. He is the author of two books, Voltaire and Camus and Montaigne in Dialogue, and editor of two others, An Inimitable Example: The Case for the Princesse de Cleves and Approaches to Teaching Montaigne's "Essays" He is working on a new book on Montaigne in addition to continuing to produce articles, chapters, reviews, and papers on subjects ranging from the Holocaust to baseball. Coeditor of the journal Philosophy and Literature, Henry has taught NEH seminars for high school teachers, and serves on the executive committee of the Division of 16th-Century French Literature of the Modern Language Association. In 1996 he was selected to participate in the Washington Commission for the Humanities Inquiring Mind Series. His lectures told the story of a French village where 5, 000 refugees were sheltered from the Holocaust. We have more of his books available upon request.

Though our modern understanding of the medieval doctrine of Purgatory is generally shaped by its presentation by Dante in the Divine Comedy, there is a lengthy history of speculation about the nature of such a place of purgation. Through these fourteenth-century Middle English poems, readers can experience something of the controversies that surfaced and resurfaced even after Aquinas had articulated his doctrine of the Communion of Saints. The Gast of Gy, as Foster notes, puts a human face on the doctrine of Purgatory, not only in the amiable, logical, and patient person of the Gast of Gy himself, . . . but also in the careful and cautious dialogue between the Gast and the Pryor who questions him. Sir Owain and The Vision of Tundale present two accounts of the purgatorial journeys of living individuals who are offered a chance to see the torments they have brought upon themselves by their less-than-perfect lives along with the opportunity to return and amend those lives. All three poems were quite popular, as was the doctrine of Purgatory itself. And why not? As Foster notes in his general introduction, it the doctrine of Purgatory had everything: adventure and adversity, suffering and excitement, and, most importantly, a profound theological warning wrapped in the joyful solace of communion with the departed and hope for our own sinful selves. 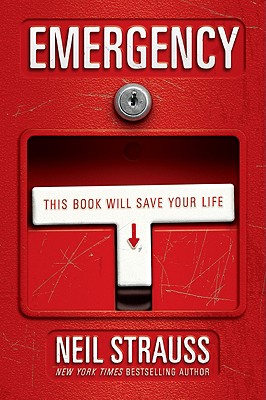 Emergency: This Book Will Save Your Life

By: Bouton, Jim (Compiled by), and Offen, Neil 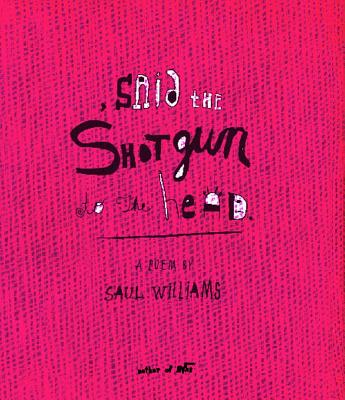 Said the Shotgun to the Head