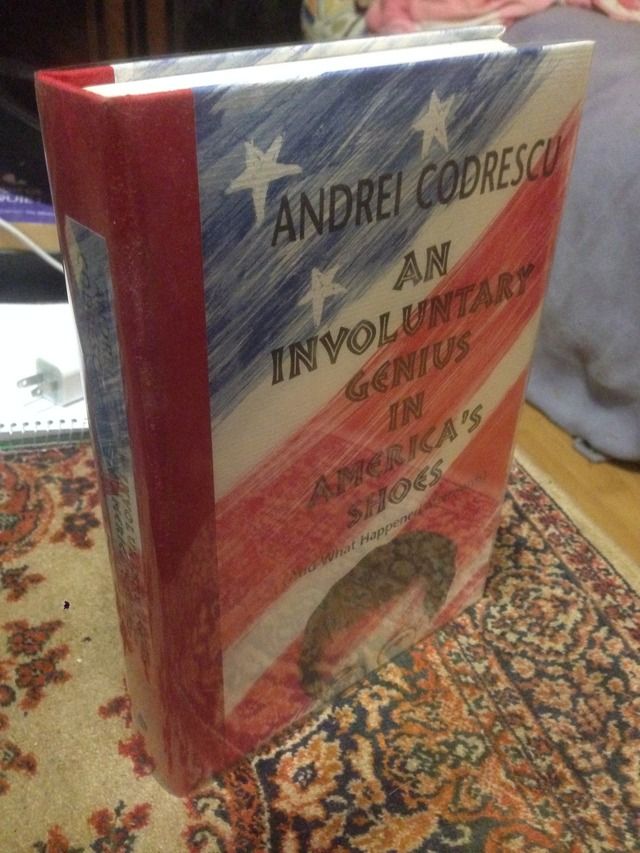 An Involuntary Genius in America's Shoes: And What Came Afterward

Multimedia culture critic, novelist, poet, editor of the radical literary journal Exquisite Corpse, Andrei Codrescu proves also a candid, witty, iconoclastic and exuberant commentator on his own colorful life. The self-invented Codrescu was born Andrei Perlmutter in the medieval town of Sibiu, Romania in 1946. A dissident student-intellectual and draft-dodger, he experienced a chequered adolescence under a draconian Communist regime. Beguiled by ideal photographs of places out of reach, at the age of 19 the young rebel fled his Transylvanian homeland -- this drab military country where young men turned old before they had a chance to look -- for the Land of Opportunity. It was my great luck, Codrescu remarks with characteristic sly irony in his introduction, coming into America in the late Sixties, to encounter several wayward myths ready-made for me, Transylvania being but one of them. Transylvania at the time of my arrival was a growing myth, full of potential, and anybody who bought stock in Dracula then must feel like an investor in early McDonald. In the past two decades I have seen Halloween overtake Christmas as the nation's greatest holiday, and Dracula become bigger than Jesus Christ, and even John Lennon. Queasy at first about this Hollywood fantasy, I later considered it as a gift. The dark stranger who bites blond Anglosaxony in her semisleep is the outsider, par excellence, the exile who brings history to a halt with his story. His bite ends being in time, it jumpstarts eternity, overthrows daytime and the bourgeoisie, reinstates aristocracy and difference. And it was a great way to meet girls. I never abandoned the profoundly gloomy existentialist disposition ofmy rebellious Romanian generation within which I had been raised as a baby dissident destined for great things and prison. No, I just put on a cape to complete the picture. Ionesco, my previous totem, was only a literary Dracula. To be bit by the absurd is every bit as liberating as being bit by an immortal, but why not be bit by both?

Title: An Involuntary Genius in America's Shoes: And What Came Afterward

An Involuntary Genius in America's Shoes: And What Came Afterward