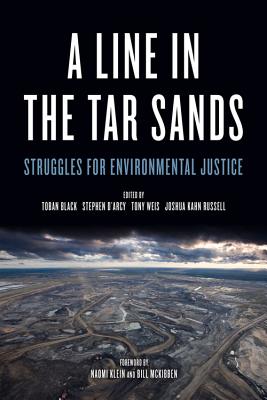 A Line in the Tar Sands: Struggles for Environmental Justice

Brand New, trade paperback binding. The fight over the tar sands in North America is among the epic environmental and social justice battles of our time, and one of the first that has managed to quite explicitly marry concern for frontline communities and immediate local hazards with fear for the future of the entire planet.Tar sands ?development? comes with an enormous environmental and human cost. But tar sands opponents?fighting a powerful international industry?are likened to terrorists, government environmental scientists are muzzled, and public hearings are concealed and rushed.Yet, desp...
View More...